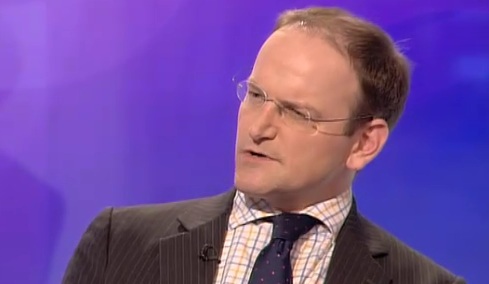 In praise of Douglas Carswell

I am a Lib Dem but I’ve always found the partisan nature of UK politics a bit of a turn off. I think most people realise it is largely a facade and that lots of parliamentarians get on very well with their colleagues from other parties. In some cases much better than they do on their own side, after all they are vying with those in their own party for the jobs!

So I was pleased to see Labour PB poster Henry Manson’s recent post on David Davis and in a similar spirit I would like to pay tribute to my favourite Conservative MP.

Douglas Carswell was first elected MP for Clacton in 2005 and has rapidly become a widely respected backbench MP.

In 2008 along with MEP Daniel Hannan he wrote “The Plan – Twelve Months to Renew Britain” which sets out his thinking in a number of areas including cleaning up Westminster, direct democracy, repealing laws and radical devolution of power.

I interviewed him about the book in 2009 and was struck by how wide-ranging and ambitious some of his ideas were. Yet reviewing some of them a couple of years on it is interesting to see that a number of them have already moved into the mainstream and are being enacted upon such as secret ballots for select committee chairs, widespread use of open primaries within Conservative selections, elected police commissioners and benefit reforms to name but a few.

Whereas too often, too many Tory MPs appear to be conservative with a small c in their approach, Carswell never seems to give this impression. He is genuinely interested in ideas wherever they come from and has formed alliances across all sorts of political boundaries including on occasion with very left wing MPs.

Perhaps his most famous public intervention to date was in 2008 when he publicly called for the removal of Michael Martin as Speaker. Martin had become a busted flush following his failure to restore public confidence in the expenses system and indeed his complicity in trying to keep a lid on the scandal. Although lots of MPs were muttering under their breath about the situation the clubbable nature of parliament persuaded them to keep quiet. Carswell as is his wont felt under no such obligation and wrote an article calling for him to go. He was instrumental in the final, successful move against Martin in 2009, tabling the no confidence motion and persuading numerous colleagues to sign it against convention.

So he is no traditional conservative. What underlined this most starkly to me was when he confirmed to me that he would in principle be willing to campaign for a change to a multi-member proportional constituency system. As far as I know he was the only Conservative MP before the last election to have gone on the record with such a statement.

I have my political differences with Douglas. Some of the ideas in The Plan seem a bit wrong-headed to me and he does appear to be a little bit of obsessed with what he refers to as “Guardianistas” infiltrating the political process putting him off being even more radical, dissuading him for example from pushing for a written constitution. I also think he has got it very wrong on climate change.

But if the Conservative party generally had half as much vision, backbone and integrity as Douglas Carswell it would be a much better party than it is today. Who knows, they may have even won the last election.

Mark’s own blog is here