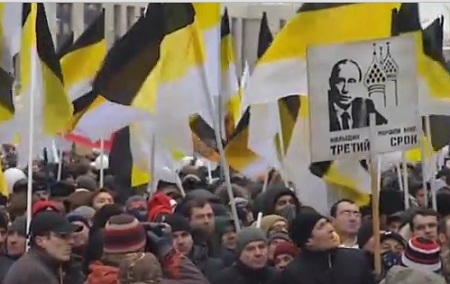 Could the demos start to have an impact?

Ladbrokes have put up a market this afternoon offering 4/1 against Vladimir Putin failing to become president in the elections scheduled for March.

It’s just a month since Russia’s general election when there were widespread allegations of ballot rigging. This prompted demonstrations on a scale that has not not been seen there for decades and put into question the outcome of March’s presidential election.

Could it be that the storm that’s been created could stop Putin from getting his old job back?

That’s hard for us to judge. But to me the Ladbrokes 4/1 that Putin won’t do it looks attractive.