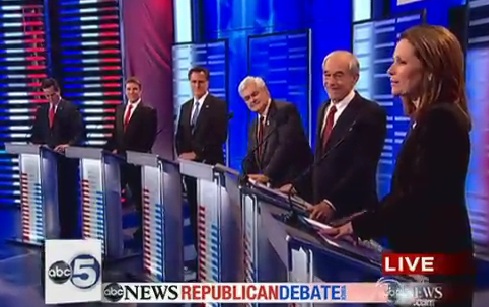 How best to avoid the traps and win the prizes?

The US presidential election is one of the best in which serious money can be made because of the large number of candidates who might eventually triumph, because itâ€™s not usually clear until relatively late in the day who the final two will be, because the fact that there are only two candidates late on mean bets can be easily laid off without needing exchanges (though Betfair does tend to be unusually liquid for its politics markets), and because thereâ€™s a whole range of subsidiary markets to go at.

These would be my tips for the US presidential markets. They are not exclusive and not infallible but have served me well so far:

The British media seem to find it very difficult to get inside the collective head of the American electorate (or more accurately, electorates â€“ see below), and have a tendency to reflect British rather than American attitudes towards the candidates. The electronic media correspondents can also be embarrassingly naÃ¯ve and uninformed, for example, they will probably concentrate exclusively on the narrow race for the White House and ignore the congressional and state contests and votes, and their interplay. There is a good chance you already know more about the US election than the main media correspondents.

Instead, read (or watch / listen to) the local media, particularly that of the relevant states. As these are all in English, thereâ€™s not the usual excuse for foreign elections, and they should give you a much better feel for whatâ€™s going on.

2. Treat the polls with scepticism

UK pollsters have found it hard enough to model British general elections over the last twenty years, where thereâ€™s a broadly stable electorate, map and party system. The American primaries change very substantially each four years: local candidates (or the lack thereof), money spend, the closeness of the race or of the other partyâ€™s race, rules on eligibility to vote and other factors all make it even harder to model likely turnout and vote share.

3. The primaries are not an election

One potentially big difference this year as against 2008 is that there are no meaningful primaries for the Democratâ€™s presidential nomination, meaning that the great majority of independents who can and do vote will do so in the GOP primaries (there are still other primaries for congressional or gubernatorial elections and the like, but these attract much lower turnouts).

4. Brokered conventions do not happen.

A staple of political fiction in literature, film and TV is the brokered convention following a deadlocked set of primaries. They are also anticipated more than they should be by the media (see above). The reason for both is that there would be incredible drama were one to happen. In reality, the nature of the primary season is that one candidate or another almost always gains enough momentum for the other candidates to withdraw.

US elections are expensive and donors will not commit to hopeless causes, especially once there appears to be a candidate-elect. The only possibility of a brokered election is if something drastic happens to the nominee-elect once he has already amassed a large number of delegates. However, if there is a scandal or health concern to come out, it is far more likely to do so in the year before Super Tuesday than the few months after it. Even in that unlikely event, the overwhelming probability is that the replacement would come from the front of the defeated pack.