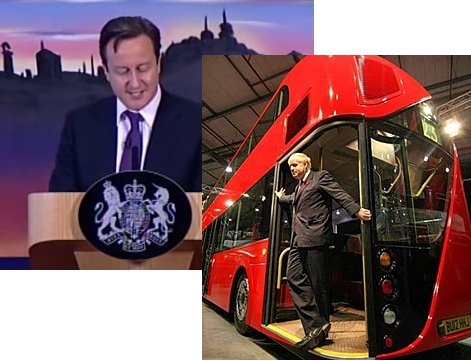 Who might fill the gap if it wasnâ€™t an organised departure?

Peter Bone has twice asked in the last week if Nick Clegg would take over as prime minister in the event of David Cameron dying in office â€“ or presumably stepping down with immediate effect in any other circumstance. Irrespective of whatâ€™s prompted him to pursue the question, itâ€™s worth looking at.

Although no prime minister has died in office for almost 150 years, there have been some close calls, notably the terrorist attacks at the Brighton Conservative conference in 1984 and the IRA attack on Downing Street in 1991. More prosaically, had John Majorâ€™s affair with Edwina Curry become known at the time of the Back to Basics scandals, a rapid departure from Number Ten would almost certainly have followed.

The increased democracy within political parties makes the question more relevant as it slows the ability of a party to choose a successor according to their normal routine â€“ the last Conservative election took about two months, as compared with the two weeks in 1990 from Heseltineâ€™s declaration of candidacy to Major becoming PM.

The constitutional position remains that the Queen appoints the prime minister and in the event of an unexpected vacancy would have to do so without there having been a leadership election in the former PMâ€™s party. Which is where it gets interesting and Peter Boneâ€™s question comes in.

If the leading members of (in the current circumstances) the Conservatives could agree on a successor, as in 2003 with Michael Howard, or as Labour more-or-less did with Gordon Brown, the cabinet could recommend that person to the Queen and he or she is appointed. On the other hand, if it becomes clear that there will have to be a leadership election, both politicians and the palace are likely to want to avoid the queen being thought to favour any one candidate over another by appointing him or her, and a neutral caretaker becomes an attractive option both to the palace and perhaps to the leadership candidates themselves. There is precedent for that sort of thing when the Duke of Wellington formed a brief administration in 1834 until Peel had travelled back from the continent and could take over.

Two possible options in such a situation would be the Deputy Prime Minister, Nick Clegg, and the Leader of the Commons, Sir George Young. Clegg already deputises for the prime minister at times and has the moral advantage of the Deputyâ€™s title, though that gives no constitutional advantage. Young is not quoted anywhere but is obviously neutral (to the extent that he could, and perhaps should, have become Speaker), and holds a position from where ministers have deputised for the PM in the past. Were the cabinet to consider a Tory caretaker necessary, he is an option.

It should be stressed that the immediate departure is by far the rarest of the three ways a prime minister leaves office: resignation after electoral / parliamentary defeat, and resignation once a party successor has been identified being much more common. Also, of the few bookies offering odds, Paddy Power explicitly excludes â€˜caretakerâ€™ prime ministers â€“ a rule which is potentially open to wide interpretation.