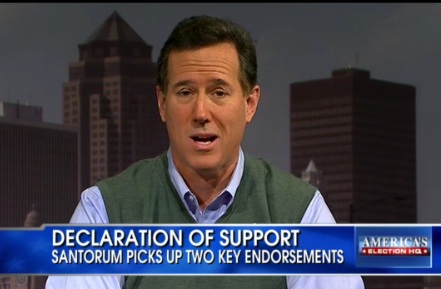 Could Iowa’s evangelicals unify behind him?

With just thirteen days to go before the 2012 White House race kicks off with the Iowa caucuses there’s been a fair bit of activity in the betting markets following endorsements for Rick Santorum from two of the state’s leading evangelicals.

Surveys in 2008 had 60% of all participants in the Republican caucuses in Iowa describing themselves as evangelical Christians and the big question this time has been whether this key grouping would unify behind one candidate.

Rick Perry, Michelle Bachmann and Rick Santorum have all been competing hard and have each made great efforts to secure the endorsement from the evangelical leaders.

The big question is how influential these leaders are and whether the advice to unify behind Santorum will be heeded. It might take till next week before we see this reflected one way or the other in the polls.

For former front-runners, Perry and Bachmann, a poor showing in the state could be the end of their bids.

Yesterday before news of the endorsement you could have got 40/1 on Betfair against Santorum winning the caucuses. The last price traded as I write at 8am is 7/1.