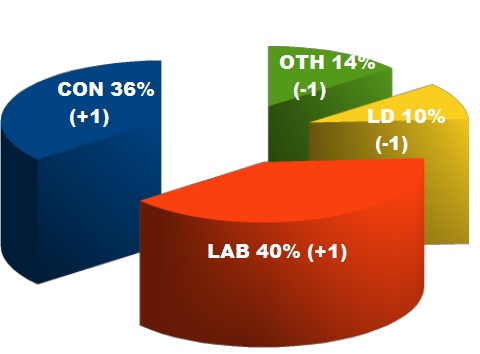 There’s a new online poll just published by ComRes for the Indy on Sunday and the Sunday Mirror.

The voting intention numbers are in the chart and show only margin of error changes on the same poll a month ago.

The big change is in the ComRes leader approval ratings when respondents are asked to agree or disagree whether Dave/Ed/Nick are turning out to be a good PM/LoTO/DPM. It should be noted with the last two there has been an alteration in the format of the question. Before it referred to their positions as party leaders whereas now it is about being leader of the opposition or DPM.

The fieldwork finished on Thursday before the outcome of the Brussels summit became known.