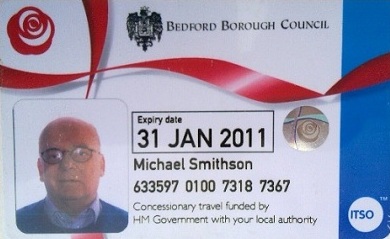 Has Osborne got the bottle to ditch Dave’s pledge?

Cast your mind back to the last of the TV debates just a week before the 2010 general election. Dave was put on the spot about pensioners perks which had been the subject of a Labour scare campaign. Would the Tories really scrap them?

These include the winter fuel payment, free bus passes which 9 million of us have and free TV licences for all households where there’s somebody over the age of 75 living there. They are provided irrespective of the financial position of the recipients.

Dave’s response with the cameras on him was: â€œWe will keep the free television licence, we will keep the pension credit, the winter fuel allowance and the free bus pass. Those letters youâ€™ve been getting from Labour are pure and simple lies…”

Since then the challenges facing the coalition on the economy have got worse and worse – yet older people like me with index-linked final salary pensions continue to receive our perks.

The continuation of these programmes at the cost of billions is currently the subject of a coalition squabble. Nick Clegg went public on Sunday to say they should be means tested so that well-pensioners wouldn’t benefit.

Ben Brogan writes in the Telegraph today that “The Deputy Prime Minister has spotted that for austerity to be credible, its burden must be seen to be shared equally. The challenge for the Coalition, and specifically the Tories, is that the public might soon notice that it isnâ€™t. But I bet pensioners and baby boomers will be among the first to realise that they are being spared when their children and grandchildren are suffering…”

This debate is going to run and if the status quo remains you can see it being a general election issue.

The Tory fear that the oldies are only voting for them because of their bus passes is, surely, nonsense. Yes they’ll be moans but so what?

At the moment it looks as though the perks are being continued for one purpose – to protect that “promise” made by Dave in the Bristol TV debate. Others, Mr. Cameron, have also had to ditch promises – maybe it’s time for you to do the same.