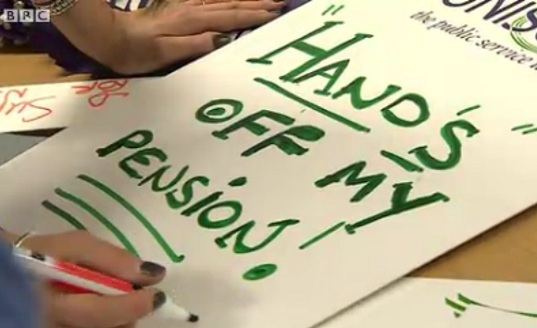 Is that the challenge for the unions

As well as the straight “do you support the strike” questions there’s a fair bit of other data that gives a pointer as to how successful today’s day of action will be.

TNS-BMRB had just 12% saying they will be affected a lot and only 4% of private sector workers claim to know a lot about why the strikes are happening.

So the unions would seem to have a big challenge getting their message across.

Another issue comes from ComRes: 56% agreed that public sector workers â€œhave to take their share of the economic pain which means accepting reductions in their pension provisionâ€.Â  Just 28% disagree and 16% say they donâ€™t know.

On Ed Miliband’s position YouGov found 23% think saying he he should support the action with 33% saying he should oppose them. Amongst Labour supporters 41% think the strikes should be supported with 14% opposing.