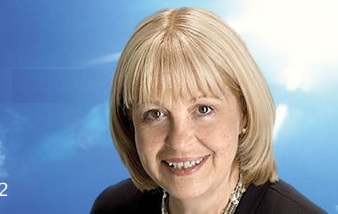 Will she resign over the HS2 route?

The Rt Hon Cheryl Gillan MP’s imminent resignation should be the least surprising ministerial departure for many a year. From day one of the Coalition Government the Secretary of State for Wales made her opposition to High Speed Rail 2 known. With little sign that the original route will avoid her Chesham and Amersham constituency it is likely she will resign within a month.

The Cabinet Minister told the Bucks Free Press in June:

The steady trickle of speculation about her departure has increased without ever capturing front page headlines. So carefully briefed has the operation been that 9 days ago we even learned which Minister was lined up to replace her when she leaves.

It’s not unknown for Ministers to back down from a threatened resignation at the very last minute. Duncan Smith has apparently made a whole series of threats to leave and the New Labour years were littered with them from Clare Short dragging her heels and losing her standing over Iraq, through to failed kamikaze bids against Gordon Brown. Cheryl Gillan is different. She is not egocentric or driven by factional politics, spite or personal revenge. Whatever you think about the High Speed Rail 2 issue , there is little doubt she is deeply passionate about a campaign dear to the hearts of many of her constituents.

Such is the extent of Gillan’s opposition to the planned High Speed route that she has even employed a lawyer in her parliamentary office to work primarily on this campaign. She knows that she would fatally shred all credibility at Westminster and in her constituency should she now fail to resign if, as expected, the route gets the go-ahead.

With the Government buying 35 properties near the proposed track route at an average price of Â£600,000 each as part of Â£200 million of incurred project expenditure, it now seems a formality it will get the go-ahead next month. So why is she as big as 8/1 to go next?

The next Coalition Cabinet Minister market is a funny beast and I’m sure it has been one of the most profitable political markets for the bookmakers for some time. Only a week ago Theresa May had been cut to 6/4 to be the next out. Now she looks safe. Previously Lansley, Clarke and Huhne have been heavily backed during their personal and policy controversies only to then drift back. It is not impossible but certainly less likely than ever that any of these ministers will leave through a resignation or sacking this year. With no sign of reshuffle anytime soon only Huhneâ€™s long and drawn out speeding ticket allegations could possibly lead to resignation – and I am far convinced this is inevitable even if charged.

Faced with this and the HS2 decision timescale, Gillan should be 2/1 at most to go next. She’s playing by different rules to most other politicians who have threatened to resign in the past or have skirted with the law. This is a matter of principle and I admire her for it. Take the 8/1 on her to be the Next Coalition Cabinet Minister to Leave available with William Hills, Ladbrokes and Paddy Power and wish her well. Perhaps we’ll see her return at some point in the future.