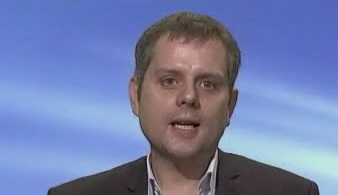 What about the ex-LAB Gen Sec’s analysis

Peter Watt, the ex-Gen Sec of the Labour party, has put up a blog post in which he suggests that at the next election we might just see a Cleggmania part 2.

PB is about about predictions of political outcomes and I just love those prepared to stick their neck out and put forward something that miles away from received opinion. Peter Writes:-

“…Cameron has looked weaker than he did and Miliband only slightly stronger. In fact for the last year the opinion polls have barely moved at all. Labour has a slight lead but Ed Miliband is unpopular; Cameron is popular although a bit less so. Labour isnâ€™t trusted on the economy and the Tories arenâ€™t trusted on the NHS. Neither Party looks like they are about to get themselves into a position where they can confidently expect to form a majority administration after the next election. And that is before the uncertainties of the boundary reviews, seat reductions and the small matter of the unprecedented economic uncertainty. There is of course plenty of time to go, but there is a reasonable chance that the next election will again be tight.

And while they are fighting to a standstill, Nick Clegg has stopped making things worse for himself. Because actually, to be a player after the next election he actually doesnâ€™t need to do anything dramatic at this stage. In reality getting his polling numbers up into the high teens is entirely possible in the months leading up to the poll, so he should be content to stay relatively quiet right about now. Come the election though he will want to talk about the future. And he will be able to talk about the difference that Lib Dems have made in Government policy. Ironically the Tories will need to reinforce this as they will want to talk about what they would want to do if they were unencumbered by coalition. And I would suspect that the public will, even if only for the brief period of the election, rediscover that Nick Clegg is likeable and they will listen a bit more than they would now..”

Is Watt right? Who knows this far out from an election when anything can happen. A major consideration for Clegg’s party is the spirit of the activist base and, certainly in many parts last May, the party struggled and they lost a lot of councillors. Since then the signs from by elections have been a bit more encouraging.

Watt’s observation about the general election campaign itself is spot on. The LDs will be doing everything to try to show how they made a difference – ie how they curbed the Tories. They’ll be helped enormously by many in Cameron’s party who’ll try to show how things would be different if they had an overall majority.

That’s going to make the battle quite challenging for Labour who are going to need a team who are more verbally dexterous than the current line-up.

If there was a spread-betting market up at the moment I wouldn’t be risking much at more than 25 LD seats.

Polling news. I’m hoping that tonight we’ll see the November ICM poll in the Guardian. I’m going to out this evening but will cover it later.