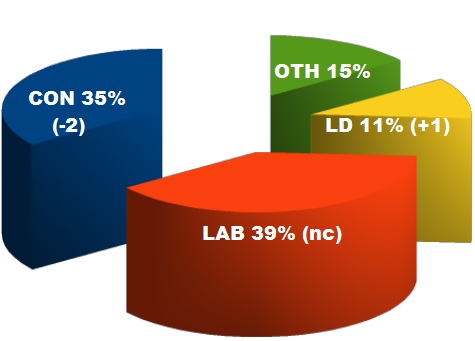 This month’s ComRes online poll for the Indy on Sunday and Sunday Mirror is just out and shows very little change on a month ago. The Tories are down two, the LDs and others are up 1 with Labour no change on 39%.

Like all current polling the voting intention question was based on what respondents would do in a hypothetical general election tomorrow.

I’d like pollsters to start putting the May 7 2015 date to see what happens. It would certainly focus respondents and maybe produce a much higher proportion.

Amongst the other questions:-