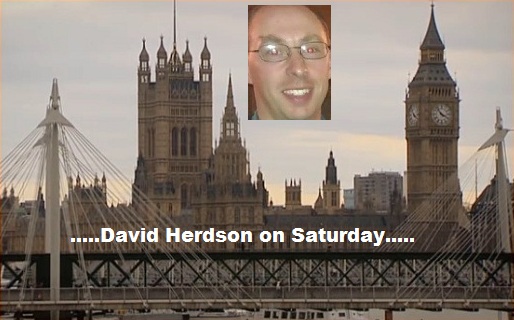 Is the government still failing to justify the need for austerity?

Novemberâ€™s news has contained a steady stream of unions announcing that their members have backed strike action in protest against changes to their pension schemes. It has also contained a lot of economic news pointing to a marked slowdown in the economy at home and abroad. Expect these stories to run for months.

The first flare-up will come on 30 November when the largest single day of action for many years will take place across most of the country. The vast majority of schools will close for the day, as will many other government services and offices. It may well be the first of several, perhaps many, such stoppages.

That will cause a huge amount of disruption which is where it gets political. Strikes these days are not about â€˜breakingâ€™ management or worker resolve; theyâ€™re about gaining public sympathy and exerting softer forms of pressure.

Defined salary pension schemes ceased to be the norm in the private sector years ago, when it became simply too expensive for firms to provide them â€“ a consequence of lower returns on investments, changes to the tax system and pensioners living longer. The state, with no equivalent obligation to have its future pension liabilities audited has not had the same dialogue with its employees thatâ€™s gone on in the private sector â€“ hence the disparity in expectations and sense of entitlement.

Thatâ€™s where it gets interesting. The strikersâ€™ representatives on the media have been adopting something of a Lâ€™Oreal attitude â€“ â€˜weâ€™re worth it because we say soâ€™. How that will go down with those workers who cannot hope to have a pension scheme as generous as the changed terms, never mind the current ones, will be a key factor in who â€˜winsâ€™.

A lot will depend on who seems to be most reasonable. Tempting though it may be to paint current union bosses as latter-day Red Robbos and Arthur Scargills, being out of touch with reality is not the same as being the enemy within. Thereâ€™s also a world of difference between spoiling for a fight with a union which has proven its militancy and is concentrated geographically, and lining up against unions that havenâ€™t gone on strike in a century and where every constituency in the country is affected.

On the other hand, the economic news has come at a bad time for the unions. If the economy had been getting back towards steady growth, making the case for further austerity measures would have been more difficult.

Whether or not the structural deficit had been closed thereâ€™d be an appearance of normality because thereâ€™s a belief that things were fundamentally OK before 2008. Thatâ€™s no longer the case. With the renewed problems in Greece, Italy and beyond, and the rise in unemployment and reductions in growth forecasts, itâ€™s far clearer that the UKâ€™s not out of the woods by a long way.

Even so, one problem the government has is that it still hasnâ€™t adequately explained the scale of the problem that existed before the recession. As a result, itâ€™s easy for those who want to, to portray the cuts as ideological rather than practical, a perception reinforced when those who do favour a smaller government justify them on those grounds, which therefore gives the impression that the status quo is both an option and reasonable.

In the end, the unions cannot win. The deficit has to be cut and reducing the disparity between the state pension schemes and those in the private sector is both fair and necessary. Even if the government capitulated or fell, the market reaction to an inability to deliver on deficit reduction would result in far more severe measures sooner or later. The question is whether the government will also lose. That is a political and PR battle, and omens so far are not auspicious.