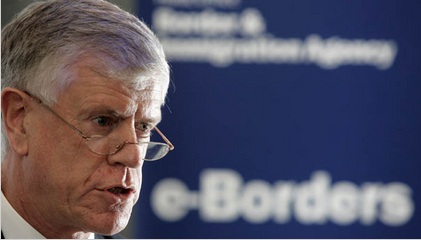 Will Brodie Clark’s word or her’s be believed?

This might all turn out to be a damp squib but the appearance of Brodie Clark, ex-director of border control for the UK Border Agency, before a commons committee today could have a dramatic impact on the career of the most senior woman in Cameron’s cabinet, Theresa May.

For every small detail of his account of the events that led to his exit from his job last week will be scrutinised to see if it departs from the account that’s been given by Theresa.

This is a highly unusual event and it’s the actions relating to Brodie, rather than the bigger issue of border controls, that have the potential to damage.

Labour would love to get the home secretary’s scalp and will try to portray what May did as dumping very publicly on, by all accounts, a highly respected civil servant, in order to deflect a political embarrassment.

At the heart of all of this is the rhetoric that the Tories have been using for years on immigration. They were the party that was going to get tough on immigration and this has registered strongly for them in poll after poll.

What’s said when you are in opposition, of course, is very different when you are in power and have to deal with the massive task of screening the millions who arrive in the country every year.

There’s lively betting taking place in the “next to leave the cabinet” markets. Over the weekend Ladbrokes tightened the price on a Theresa May departure and she’s now at 3/1. Just a week ago you could have got 16/1. One bookie had her at 25/1.