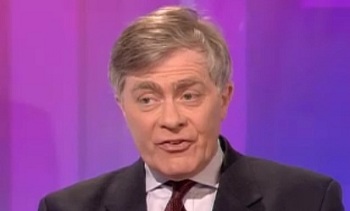 How’s Dave going to deal with him?

Ever since Patrick Mercer got sacked as a shadow minister four years ago it’s been no secret that the ex-army officer and former BBC journalist is no great supporter of his party leader.

So if what he’s alleged to have said at a private party is true, and he denies it, it would come as little surprise.

The specific alleged criticisms – calling Cameron an “arse” and “the worst PM since Gladstone” have been widely reported as well as the following:-

â€œIâ€™ve never come across Â­anyone less suited to the job in my life. I would take a beggar off the streets and put him in that Â­position rather than have Â­Cameron…..If the Prime Minister expresses his utmost confidence in you that means pack your bags. It always has done especially with Cameron. Whatâ€‰a Â­creature.â€

When he was asked where the PM had gone wrong Mercer is alleged to have replied â€œWell, he was born.â€

From a political perspective the most critical elements were the predictions that things could get difficult for Cameron in the spring of next year when Mercer is alleged to have said that Cameron will resign.

One thing’s for sure – the name Mercer will not be appearing in the ministerial re-shuffle that is predicted for next year.

But what, if anything, should Cameron do? Should he come down like a ton of bricks on his former shadow minister or should he be more circumspect?

My view is that Cameron will take the latter course and if pressed, at PMQs or elsewhere, respond by saying that he accepts Mercer’s denial that he ever made the comments.

As to the threat of a coup in the spring – that’s hard to see. Although Cameron’s approval numbers amongst Conservative voters are not quite as high as they were he has widespread support.