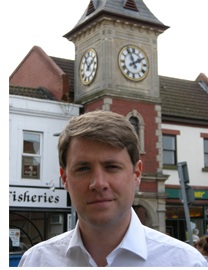 Many politicians defend the strength of our personal mandate, regardless of party politics. However, it is impossible to ignore the fact that for the most part, voters cast their ballots with party preference firmly in mind. With public trust in politics and politicians remaining at a very low ebb, it is clear that the political system needs to be more attuned to public expectations, and that we recognise that the public expect a new relationship with their Members of Parliament.

Which is why, on 23 November, I will be introducing a Ten-Minute Rule Bill which would mandate that any Member of Parliament who decides to change their political party during the course of a Parliament would be required to resign and fight a by-election.

Its principal aim is to tackle the spectacle of the political defection. The idea that an MP can be elected to Parliament fighting on a party manifesto, only to defect to another party without resigning their seat breaks a crucial bond of trust between the MP and their constituents, disenfranchising them of their own mandate to decide which political party should represent their local area in Parliament.

This complaint is certainly not new. When Shaun Woodward made his high profile defection to Labour in 1999, his true-blue Witney constituents urged him to resign his seat and stand for re-election as the Labour candidate. Unsurprisingly, Woodward considered discretion the better part of valour, leading to accusations from Chris Mullin of his actions â€œdiscrediting the political processâ€. Tony Benn was even blunter: â€œIt is totally wrong for people to treat their constituents as just agents of their own will”.

A less celebrated example is that of Tom Horabin, who defected to Labour from the Liberals in 1947. Horabin claimed that he did not need to resign his North Cornwall seat as it was the party that had changed its principles, not him. He stated in a letter to The Times, â€œWhile there is, therefore, rupture between myself and the Liberal Party, there is no rupture between me and my constituentsâ€. Indeed, Horabin was so confident of the faith and support of his constituents that he chose instead to stand in Exeter at the 1950 General Election.

There are precedents for a parliamentary by-election to be caused by a political defection. Bruce Douglas-Mann voluntarily triggered one in 1982, in the then Mitcham & Morden constituency, when he left Labour for the SDP. Though this decision was not greeted with any great enthusiasm by the fledgling SDP’s leadership, Douglas-Mann felt that it would be remiss of him to change parties without consulting his electors for a fresh mandate. He was unlucky inasmuch that this coincided with the Falklands conflict and resulted in a Conservative gain. However, he was following in the principled footsteps of his fellow defector Dick Taverne, who in 1973 had resigned from the Labour Party, and been re-elected under the banner of â€˜Democratic Labourâ€™. This was the first example of a resignation and subsequent by-election on these grounds since William Allen Jowittâ€™s 1929 Preston by-election victory. By-elections like these should become the rule, not the exception.

Historically of course, other changes of political circumstances resulted in a by-election- ministerial appointments being the most prominent. This was to cause more than a few embarrassments for sitting governments- one celebrated victim being Winston Churchill, who lost his Manchester North-West seat in 1908. Churchillâ€™s complaint that â€œIt is an awful hindrance to anyone in my position to be always forced to fight for his life and always having to make his opinions on national politics conform to local exigenciesâ€ should be music to the ears of all those who demand greater accountability of politicians to the electorate.

The convention that any newly appointed minister should resign his seat and fight for a fresh mandate survived until 1926, when the government backed a bill to abolish the practice, introduced by Conservative MP G.C. Clayton. In his speech Clayton ventured that, â€œI think the House will acquit me of any ulterior motiveâ€. It will be in the same the spirit that I offer my own Ten Minute Rule Bill later this month.

Members of Parliament must be accountable for their decisions, above all to the people that voted them in. The former spectacle of politicians defecting parties, defying their constituents who placed them in their seat, often for several years, and then packing their bags for a safe seat should be confined to the past. I do not deny that politiciansâ€™ opinions can change, or that they can find themselves at odds with their party. But if any MP plans to cross the floor, the very least they should do is ask their constituents what they think.

Chris Skidmore is MP for Kingswood