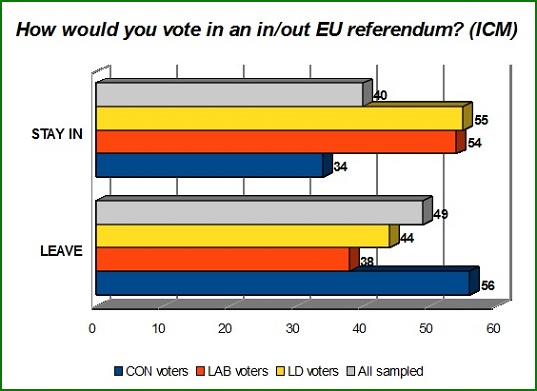 Is Clegg out of line with his party supporters?

The dataset from the latest ICM poll is out and showns an interesting break-down of how supporters of the main parties responded to the in/out question on the EU.

We are talking about very small sub-samples here with all the potential for error that that brings but the overall impact is something of a surprise. I’d have expected a 2:1 split in favour of remaining.

No doubt there’ll be similar polling from other firms and it will be interesting to see if they pick up this up as well.