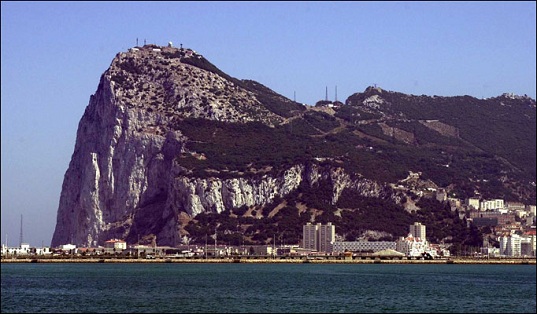 A guest slot from “PB’s Man on the Rock”

In Gibraltarâ€™s forthcoming general election, now only a month away, the Chief Minister Peter Caruana is hoping to be re-elected for a fifth consecutive term in office although, after being in power for the last 16 years, he has made it clear that, were he to be successful, this would be his last election.

Under Caruana, Gibraltar has become something of an on-line Las Vegas in Europe. About 20 online betting companies, including all the big British names, now operate in the shadow of the Rock, employing about 2,000 people – about one in every eight workers.

Gibraltar remains a British Overseas Territory, but under the 2006 constitution, the Rock gained its own sovereignty on all matters except Defence and International Relations. Since 1989 it has become one of the key players in the world of international on-line gambling.

â€˜Gibraltar is a minute speck on the globe,â€™ said Freddie Ballester of the territoryâ€™s Betting and Gaming Association. â€˜But when it comes to internet gaming, it is probably the most important jurisdiction in the world.â€™

Caruana, the leader of the Gibraltar Social Democrat Party, is the darling of the centre-right vote and on the surface he seems to have a cast-iron case for re-election. Economic activity in Gibraltar has been largely unaffected by the world downturn and many of Caruanaâ€™s recent policies are obvious vote-winners both for individuals and for businesses. The Rock has low rates of incomes and corporate tax, zero income tax on pensions, no inheritance tax, no capital gains tax, full financial support for university students, and many more fiscal benefits.

But, despite such vote-winning policies, a recent opinion poll, run jointly by the Chronicle, the main local newspaper, and the Gibraltar Broadcasting Corporation, tipped a â€˜landslideâ€™ victory for Fabian Picardo, the newly-elected leader of the Opposition. In April of this year, Picardo, a young lawyer, succeeded Joe Bossano as leader of the Gibraltar Socialist Labour Party which, in an alliance with the Liberal party, forms the Opposition. Bossano, a socialist of the old school, was the Chief Minister from 1988 â€“ 1996 and he will forever be linked with his failure to stop the industrial-scale smuggling of tobacco into Spain, an activity which badly tarnished Gibraltarâ€™s reputation.

â€˜Weâ€™ve told the public that, if elected, our first order of business will be to reform the way that government in Gibraltar is done and then to make it truly open and transparent,â€™ said Picardo. Interestingly, the Chronicle/ GBC poll highlighted the votersâ€™ main concern as being â€˜Caruanaâ€™s autocratic style of leadershipâ€™ rather than â€˜Housingâ€™ which has traditionally been the main concern on a Rock where building land is in extremely short supply.

But having asked scores of local people for their tip for the outcome of the election, Iâ€™m tired of hearing that, â€˜Itâ€™s far too close to call.â€™