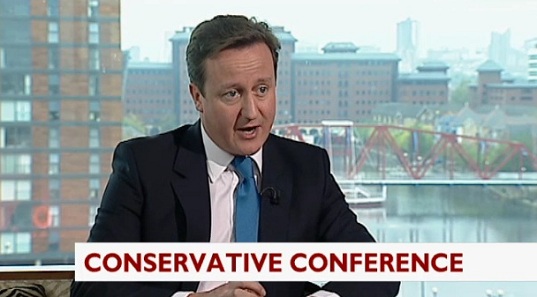 I am now confident Labour will win more votes from women than the Conservatives at the next general election. This would normally be an absurdly bold claim this far out from an election and especially since the historical trends suggest women are more inclined to vote Conservative than men. I donâ€™t put this confidence down to Cameronâ€™s daft â€œcalm downâ€ quips or the relative lack of women in Cabinet. My guess is that women paying through the nose in benefit losses and tax rises as well as disproportionately losing their jobs will trump the trivial.

One year on from the Comprehensive Spending Review itâ€™s worth revisiting analysis published by Yvette Cooper using House of Commons figures:

Support for children is being cut by Â£2.4bn â€“ including cuts in Sure Start maternity grant, health in pregnancy grant, child benefit and tax credits. The majority of this support is paid to women. A further Â£560m cut from the Child Trust Fund is not included in the gender audit.

Even excluding support for children, women still pay Â£3.6bn (66%) compared to men paying Â£1.9bn (34%). This is because women are more heavily affected by things like housing benefit cuts and the switch to CPI uprating of the additional state pension and public sector pensions.

Have a look at the other statistics here . Add into this the fact that two thirds of public sector workers are female and and there are more public sector job losses that had been predicted then youâ€™ve got a significant chunk of the electorate who are losing livelihoods.

Those that keep their jobs in the public sector are anxious over pensions. Growth in sectors such as manufacturing is welcome but these are traditionally male dominated jobs which women are struggling to get. As council cuts get to the bone weâ€™re even seeing 3 in 4 authorities considering turning off streetlights which will can only make women will feel less safe when out at night.

The of promotion of the genuinely impressive Chloe Smith or (slightly less impressive) Justine Greening is unlikely to make a difference to the Conservatives unless they can persuade George Osborne to change the severity, pace and nature of spending cuts. I just canâ€™t see that happening. No amount of Cameron apologies will change the uneven nature of the Governmentâ€™s cuts programme.

It is for that reason why Labour under Ed Miliband or Yvette Cooper look should win more votes than the Conservatives among women in 2015.