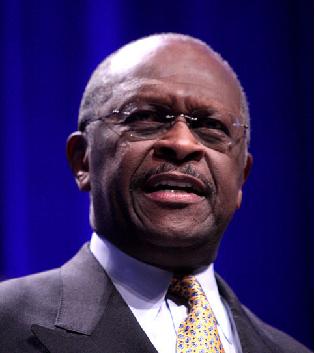 It’s not easy for the party outwith the White House to unseat a sitting (elected) President. Since the last depression, FDR, Eisenhower, Nixon, Reagan, Clinton, and GW Bush all strode to re-election. Truman retired, JFK was shot, Johnson beaten by his own party, Ford was never elected. Carter would be unique, were it not for the three-way split caused by Ross Perot that allowed Clinton to beat GHW Bush. We can be as bullish or bearish as we like about Obama’s chances, but however unpopular he may be, donors to the GOP are not going to risk six and seven figure sums on a sub-optimal candidate.

Presidents have an unique ability to raise money, and to get things without needing to spend it. If the Obama juggernaut was impressive last time around, it will be a leviathan this time around. Donors were less than keen about risking money on a bona fide war hero with 30 years in the Senate against an African American with barely 2 years in Washington who admitted to Iowan voters that he ate arugula lettuce from Whole Foods. All I want to impress upon bettors here is the innate risk-aversion in the amoral and apolitical world of political donations.

Herman Cain is a wonderful candidate. He is the best orator, the cleanest message, the biggest character, and will not under any circumstances be elected President of the United States next year.

Cain is reputedly being bankrolled by the Koch Brothers. Their pockets are deep, but they are unlikely to unilaterally fund an entire campaign, unless Cain is a third party spoiler to punish a moderate Republican for securing the nomination. Cain will have enough to survive the primaries, but even in the unlikely event of him winning, I cannot see him securing sufficient funds from mainstream Republican donors to make him a credible challenger.

What is important is that none of this is unknown to the political operatives who run the GOP. Cain is not a credible candidate in and of himself – in the same way Ron Paul isn’t. That is not to denigrate their integrity, intelligence, or their achievements. In fact, they should consider it a warped sort of complement – if either man were to make the ugly compromises and quid pro quo deals required to be elected President, they would be different men. What makes them so attractive to a certain set of voters is that they aren’t capable of that – it’s the secret ingredient that allows them to look different from the field of ‘state-wide elected, good teeth, multimillionaires’ in the first place.

But don’t underestimate Cain as a curative VP pick. McCain threw a Hail Mary pass in choosing Palin, hoping to excite a lukewarm Bible Belt base after the main GOP donors had decided he was dead in the water, and that their greenbacks would be better invested in Congressional races. But as much as he won on the Right, he lost in the center. Her straight talking brought many voters into the race, but lost those certain to vote who thought the selection beneath him. The cure was as deadly as the disease.

The disease afflicting Romney, the viable frontrunner in this race, is that he is bland, dishonest, rich, socially liberal, Mormon, and plastic. He is the very antithesis of Herman Cain, but by virtue of his money, name recognition, his ‘good-for-all-timezones’ brand of generic conservatism and perfect teeth, he will beat off Cain, and Paul, and Bachmann, and Alan Keyes, and any other unserious candidates. What shape his reputation is in by the end of a battle with Perry, or Jeb Bush(?), and Huntsman remains to be seen, but it looks bad right now. If you’re wondering why Cain – whose communications director has just quit, and is scheduled to be on a book tour for much of the lead-up to the Iowa Caucus – is polling so well, it is because he is the Not-Romney candidate now Perry’s star is on the wane.

When Romney’s father, George, ran for the GOP nomination in 1964, he was beaten by Barry Goldwater. Goldwater lost by a record share of the popular vote, and the US Conservative movement, even at its most fundamental, has retained a coarse pragmatism ever since. This movement would love someone like Cain given the national platform to talk about his 9-9-9 plan (9% income tax, federal tax, corporation tax) on a weekly basis, to spread the gospel of Freedom Works on Fox with the title that comes with Federal Office to give right-wing wet dreams the heft that Palin or Bachmann could never now convey. To make such a man President they know to be fanciful (though the same people – C Boyden Gray in particular – engineered Clarence Thomas onto the Supreme Court, so do not underestimate their ambition or ability) but as Vice President – unencumbered by the weight of the Presidency – would be a remarkable coup for the Koch Brothers.

Romney knows his weakness, and knows that Cain would balance many of them. He would be nervous about the voltage at the bottom of the ticket, he would be nervous about striking a deal with these devils, and would worry about the collateral damage to his candidacy if he allowed himself to do to his campaign what McCain did with Palin. But make no mistake, if Romney wins the nomination, there is a reasonable chance that Cain will be run against him as the Tea Party candidate at the General. If that happens, Romney is sunk.

In my opinion, Herman Cain will never be elected President of the United States. But if no serious candidate manages to challenge Romney, then Herman Cain begins to look very much like the candidate that the Tea Party demand as VP in order to let Romney’s candidacy survive to next November.