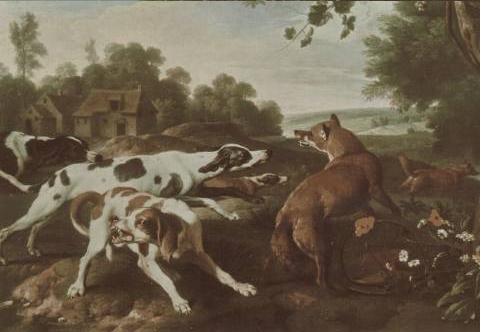 Where do the weekâ€™s events leave the Next Tory Leader market?

After the kill, politics moves on quickly. With Fox having resigned, the media interest in what his friend Adam Werritty did, knew, and where the funding for it came from is likely to dwindle rapidly. There may be further revelations this weekend because the media will have invested in the investigation but that should then be that. Even if Gus Oâ€™Donnellâ€™s report is made public, the coverage will be buried deep in the inside pages, or their electronic equivalent.

Interestingly, Liam Fox is still 25/1 with Ladbrokes to be the next Tory leader, and much shorter odds with some other firms. It is certainly possible for former ministers to return to the cabinet after a resignation and Foxâ€™s offence is not of itself a career-ending one. However, there have been rumours on several occasions of Fox leaking in ways unhelpful to Cameron which is unlikely to mean the PM will be as keen for his return as say Blair was for Mandelson to come back.

In addition, the nature of the coalition government means reshuffles are likely to be less frequent and smaller in scope, limiting the second chances available. Fox will in all probability still be around after the next election but even if the Conservatives lose office then, for him to mount a leadership campaign after four years on the backbenches will put him at an immediate disadvantage. The only benefit for him is that he can now speak with a â€˜trueâ€™ Conservative voice. Iâ€™m still not buying.

By contrast, itâ€™s been a good week for Philip Hammond, who has received a promotion and bolstered a reputation for being a safe pair of hands. Even so, the best odds for him (28/1, Paddy Power) are longer than the best for Fox. He may not fire some of the activists as Fox does but as Mikeâ€™s piece yesterday pointed out, he already has the look of a fix-it minister and could well rise higher. It is not inconceivable that he could follow the John Major route to the top. That said, even 28/1 feels short. He would only be a candidate for an in-government transition and at 56 this year may be too old unless thereâ€™s a vacancy this parliament or early next.

While I predicted on Monday that if Fox resigned, Hammond would replace him, Bob Sykes went one better in the same thread and accurately suggested Justine Greening to fill Hammondâ€™s former position at Transport. Picking future leaders from long-range is always difficult but sheâ€™s been an assured performer since first being elected in 2005 and will be of the right age and experience should a vacancy arise any time after the next election. The 40/1 on offer with Hills is not a bad long-term bet.

One reason for that is the unusual lack of obvious candidates in the cabinet. It says something that Boris Johnson is the favourite with the bookies (though not Betfair, where George Osborne heads the field in very thin trading), to succeed David Cameron as Conservative leader. Boris is not even in parliament, and cannot be so for at least five years without either losing the mayorality to Ken Livingstone or standing down mid-term, neither of which would advance his cause. Even then the route is far from simple and thereâ€™s also the significant point that the personal and political qualities and skill-set required of a mayor are not the same as those of a party leader.

Having said that, itâ€™s not impossible that Cameron could serve at least two full terms, in which case almost anything could happen in between. Picking any future party leader is hard enough but the next Tory leader has historically been the trickiest of the lot. It would have taken formidable predictive powers to have identified any of the Conservative leaders after Macmillan as the next one even four years before they took on the leadership, never mind more.

Two other people in this round-up deserve mention. Firstly, the weekâ€™s lucky loser, Oliver Letwin. Ordinarily, being caught as he was would have created a much bigger fuss. He was extremely fortunate for his story to break just as the pressure on Fox reached its peak. Secondly, Chris Huhne, now back as favourite to be the next cabinet minister to resign. Fox leaving probably makes his position marginally worse. Had Fox toughed it out, it would have upped the level of misdemeanour required for anyone else to go. That said, the lesson from this market is that over the course of, say, a year there are far more favourites than payouts.