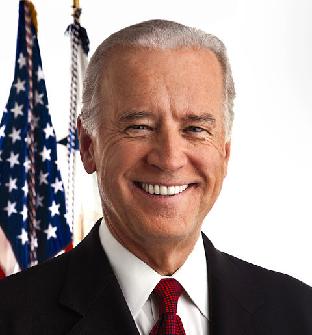 Betting on the next VPOTUS is a mug’s game. Our Genial Host, I think as a rule, avoids throwing money on it beyond treating it like an amusing raffle. I, for my sins, can’t resist it: the political punter’s version of the Grand National – after all, form only counts when half the horses don’t fall over their own feet.

The permutations and combinations for the Republican VP nomination would require a whole other thread and likely a prescription, but I’m actually wondering when we’re going to see the Democratic campaign for the VP nomination kick off in earnest.

Completely unrelated to my personal disappointment at not being chosen, the minute I heard Joe Biden had been chosen in 2008, I announced my certainty that he would be a one-term pick. I’ve not resiled from that view: Biden, grand old man of the Senate and a Foreign affairs specialist, was a perfect foil for the neophyte Obama; a steadying influence to callow youth.

I do not need to be told that the impact of VPs on actual voting demographics is oft overstated, nor that being Vice President is actually a job (and a heartbeat away from a bigger one), but the message that is sent by the choice of VP – especially by a sitting president – has an impact on the tone and tenor of the campaign more broadly. Keeping Biden would be to offer nothing new, to insist on the successes of the first term, and at worst to remind them of the bright, refreshing candidate who was exciting enough to need a silver-haired Delawarian to keep him from nationalising McDonald’s. Biden is the perennial reminder of how different Obama the candidate is in 2012 than he was in 2008.

With respect to Biden, he also brings nothing to the ticket this time. His state is small, and fairly safe. His foreign policy experience is no longer required by a President who has intervened militarily in Libya, Pakistan, Yemen and Afghanistan. Biden’s demographic are key, but they are too old for candidate worship.

Obama needs a VP who can excite. He needs to give the Liberals a reason to vote for him, because a candidate like Mitt Romney – a former Massachussetts Governor – is not scary enough to get them out on his own. There needs to be a reason to vote FOR Obama, and in absence of any policy salvation, VP might be the most a sitting President out of greenback bread can offer the people by way of circuses.

If in August, at the Convention, Obama were to nominate a female, hispanic, or gay Vice Presidential candidate, the agenda of the following weeks would be set. Hillary Clinton on the ticket – to be the first woman elected by the country as a whole – would be historic. Bill Richardson – if peccadilloes can be avoided, probably the most perfectly qualified candidate for the VP slot – would likewise send a powerful signal to America’s fastest-growing demographic. If Obama really needs a Hail Mary pass, then he could do worse than Barney Frank – as a fundraiser, he’s unparalleled, and he would eviscerate his opponent in TV debates.

Or maybe, the centrist and pragmatist supreme might think about shaking up the race another way. The Republicans have been stupid enough to ignore quality candidates for chaff – could Obama outflank them on the right, and offer a place on the ticket to Chris Christie or Jon Huntsman? Both have proven themselves capable of working well with Obama, and they would take Speaker Boehner to task for stymying Bills in Congress. The country would recognise talent over party, a new economic compromise, and a ruthless side to Obama that seems to appeal to his less-regular admirers.

I don’t know whether he needs to throw some red candidate meat to his Liberal supporters, or whether he needs to outflank and outfox the Republicans by elevating their best talent to his Right Hand and the benefit of incumbency for their own nomination in 2016. But what I do know is that Biden gets him nothing, and sends the worst possible signal.

Who will be the next VPOTUS? I don’t know. But I’m selling Joe Biden.