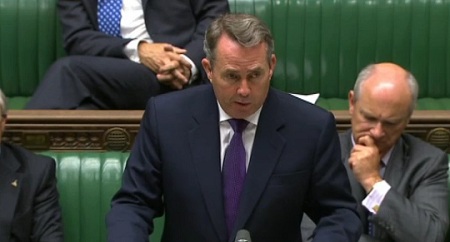 Will he ever again lead the Tory right?

One saving grace for Ed Milibandâ€™s leadership prospects is the lack of any obviously better alternative. Strangely enough, both other party leaders are in much the same position. Cleggâ€™s ratings remain poor though may now have turned the corner but any potential replacement is at least as compromised by policy and / or personal matters.

Cameron too has remarkably little to worry about in terms of possible rivals for his job. Osborne doesnâ€™t have the look of a leader about him and in any case is too much a part of Team Cameron. Hague has done the leadership thing and it didnâ€™t work out well. Although heâ€™s now a more rounded figure, the voice still grates and thereâ€™s doubt as to whether heâ€™d really want it. Beyond that, Clarke and IDS have too much history, Lansley has not had the best of times at Health, and while Gove has probably been one of the Conservativesâ€™ most effective ministers and is a fine parliamentary performer, heâ€™d be a brave choice in the TV age. Theresa May has had quite an effective year at the Home Office but that ought to be the summit of her career.

Which leaves Liam Fox, Secretary of State for Defence, one-time leadership candidate and sometimes referred to as the cabinetâ€™s most prominent voice on the right. In some ways, thatâ€™s a mantle which has been thrust on him rather than sought. Even so, perceptions matter and at Defence, heâ€™s had the opportunity to develop in that role.

The one thing a Conservative at Defence would not be expected to do by the right is to make drastic cuts. That goes even more so when the armed forces are in active operations in Afghanistan and Libya and only recently ended their major deployment in Iraq. Nonetheless, those cuts are happening. With particularly poor timing politically, the Royal Navy redundancies are being announced during Conference season.

It is true that the Treasury has demanded cuts from many departments but that is in the nature of the game: itâ€™s just as much for the ministers to fight their corner. That capitulation is only emphasised when another minister can find Â£250m to spend on increasing the frequency of refuse collection, or that International Development is having its budget increased. Itâ€™s also true that Fox inherited at the MoD an appalling record in its project management and in getting value for money in procurement. Even so, many would question whether that should lead to frontline cuts on the scale being implemented.

The extent to which Fox was ever really â€˜of the rightâ€™ anyway doesnâ€™t matter now. It seems impossible that he could now lead a challenge from there in the future even if he wanted to (and it should be noted that one feature of the Conservatives in government so far has been the distinct lack of factionalism and jockeying visible to the public, if indeed it exists at all).

For the time being, it doesnâ€™t matter. Some Conservatives might grumble about specific policies or decisions, including those at Defence, but the party is solidly lined up behind Cameron. However, even if it wasnâ€™t, there are precious few alternatives.