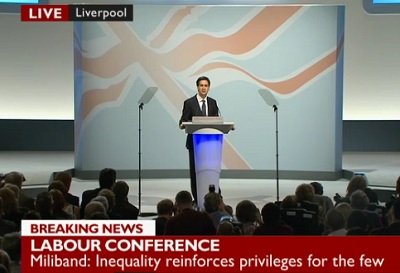 His prediction: “what needs to be done will be done”.

This was a bad Labour Party conference. It was confusing, contradictory, let the government off the hook and needlessly created an array of hostages to fortune. It all the feel of an emergency party conference arranged with a fortnightâ€™s notice – not a platform planned carefully to showcase an alternative government and Prime Minister.

This week wasnâ€™t just a car crash. It was a 30 car pile-up. I could write 10,000 on words on what went wrong. For now hereâ€™s my summary from a Labour perspective. We now have:

The chances are of Ed Miliband being Labour leader at the next election are not at all good. Frankly no-one is going to die in a ditch for him.

The key question is who is likely to replace him? Whatâ€™s clear to me after this conference is that it certainly wonâ€™t be David Miliband. The only possible candidate who could unify MPs, party members and trade union members and take the fight to the Government is Yvette Cooper. The fixed term legislation buys the Labour Party time to sort this mess out. And what a mess it is.

But for all the disbelief at Ed Milibandâ€™s performance this last year and this week, conference closes without despair, but in fact calm.

All the recent doubts and uncertainties have in fact been settled. At the appropriate time in the next 12 months what needs to be done will be done.