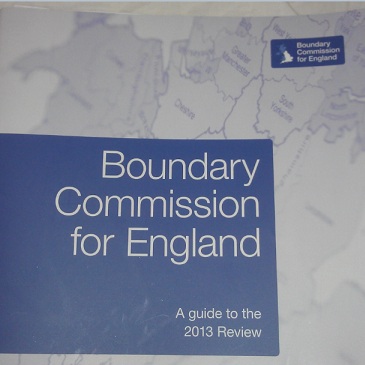 Will the blues make their “first 2015 gains” next week

Although it is not expressed in these terms the first part of the process leading up to the 2015 general election starts next week with the publication of the proposed new electoral map for England.

This will set out in detail the precise boundaries that it is proposed that the 2015 election will be fought on. The plans for Scotland are due next month while the Wales will have to wait until the new year. The commissioners there have the toughest job of all reducing the number of seats from 40 to 30.

Within weeks I am expecting the first seat calculators and projections of what the 2010 result would have been if it had been fought on the proposed boundaries.

Already the parties are making their guesses based on what information is available and the Conservative Party’s Rob Hayward told me this morning that he reckoned that they’d see a decline of just 15 seats in the planned overall reduction from 650 to 600.

Given that the blues won 306 seats in May last year the Hayward projection would have the party on 291 seats just 9 short of the 300 required for an overall majority. Currently they are 19 seats short.

Clearly this is just a guess but a pretty educated one. And a better position in relation to the other parties could be absolutely crucial if the next election is tight especially as one likely consequence of the reduction in seats and new boundaries will be fewer marginal seats.

The boundary process will end in October 2013 when the detailed proposals for each new seat will have to be approved by the house of commons. That outcome of that vote, as I’ve said before, is far from certain. I’m expecting most controversy over plans to bring in Westminster constituencies that span two counties – something that looks set to happen with Devon and Cornwall.

Expect sentiments like the need to “protect the sanctity of ancient counties” from delegates the Lib Dem conference that starts in Birmingham a week on Saturday.