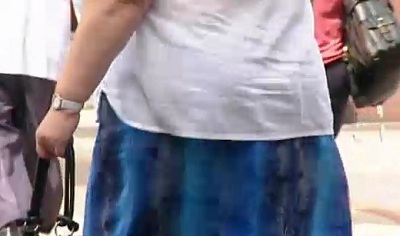 Could a risk-based National Insurance system ever work?

Government health drives are always dangerous things politically, as they tend to deliver unpopular information to people who know the truth of it but dislike having to admit their failings to themselves and so blame the messenger. That the message is frequently accompanied by tax increases doesnâ€™t really help either.

The reports about obesity published in The Lancet yesterday and widely covered in the media fit very much into that mould, advocating more micromanagement of peopleâ€™s lives and taxes on high-fat food.

It is true that thereâ€™s a problem and as the BBCâ€™s report boldly commented â€˜this is likely to get worse if current trends continueâ€™. That being the case, what other options – well beyond those put forward in The Lancet – might there be to encourage healthier lifestyles?

One of the givens of British politics is that the NHS is untouchable. It might be possible to reform administrative structures far away from the patient experience but the idea of the hospital or GP available to visit free at the point of delivery is so ingrained and accepted that it would be suicidal for any mainstream party to advocate a change to that settlement.

That may well be the case but even if it is, it doesnâ€™t imply that the funding need come from general taxation based on a single national tax rate. People are well used to their household and motor insurance being linked to the risk theyâ€™re perceived to present and the record they have. With the right systems in place, it would be entirely possible to apply the same principles to the national insurance system – those most likely to use it pay more.

The advantage of such a system being tax-based is that unlike private health insurance, the amounts paid would vary with income. Additionally, the universal principle could enable the rate for any one individual to be capped and for no-fault conditions to be excluded from the calculations.

Even with such fairness features incorporated, it would still be a courageous minister who proposed such a policy. There would be losers and thereâ€™d no doubt be an outcry that people were being penalised for their lifestyle choices. In practice, the poorer social groups may also end up with higher rates (though lower bills) if, as the evidence suggests, thereâ€™s a higher preponderance of unhealthy habits such as smoking, than in the richer income groups. While thatâ€™s a choice-based outcome, it would still be a political problem (it would be a problem now in relation to tobacco duty were the relationship not more apparent).

Introducing a direct connection between lifestyle and health tax, or between risk and premium, would be hugely controversial. It would, however, be improving transparency and leaving people to determine for themselves how they get to a healthier life, while incentivising that outcome.