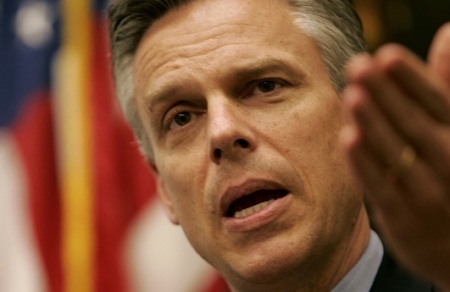 Is Huntsman crazy to suggest otherwise?

There’s a new poll out, from PPP, in Iowa – the first state to hold a primary – in which those sampled were asked whether they believed in evolution or not – a question that has become something of an issue.

To the British eye the responses are startling. This is from the Iowa Independent:-

“Perryâ€™s drawn some attention in the last week for his statements about global warming and evolution and although heâ€™s drawn ridicule from Democrats and Republican elitesâ€¦ our poll suggests he perfectly in line with the GOP base. Only 35 percent of Iowa Republicans believe in evolution to 48 percent who donâ€™t.

Jon Huntsman has made a point of being pro-scientist – that he believes in evolution and what the scientists say on global warming. No wonder he’s not fighting in Iowa. As he said in a recent Tweet “Call me crazy”.