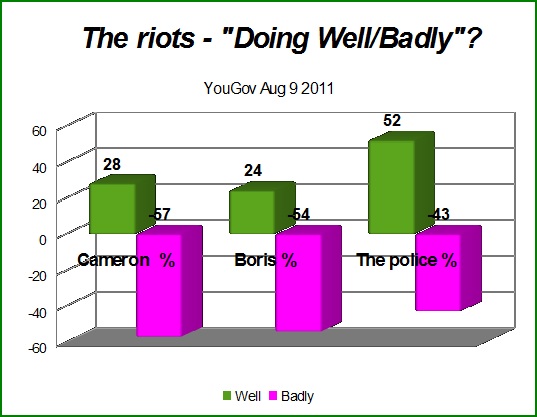 Will the police always come out on top?

Following the previous post about the reported police reaction to the PM’s criticisms over their handling of the riots I’ve dug up the above YouGov polling that was published on Wednesday.

The question was: “Thinking about the recent riots in London and other cities in Britain. How well or badly do you think each of the following are dealing with situation? – The police/Cameron/Boris?”

Things have moved on sharply in the past couple of days and my guess is that if the questioning is repeated then Cameron, Johnson and “The Police” would all come out with better “well” ratings and smaller “badly” ones.

What the data shows, I suggest, is that politicians have to be extra careful when they criticise the police because invariably the public will back the latter over the former.