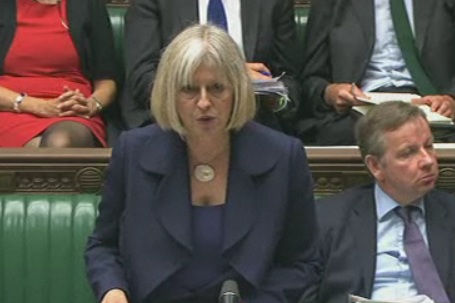 Aren’t we in danger of going a bit too far?

The home secretary, Theresa May, has just told MPs about plans to curb social networking sites such as Twitter during periods of serious unrest.

On the face of it this sounds like a good idea – but don’t these sites also provide an invaluable service providing direct information at times of turmoil like we saw a few night ago. They also provide information to the police.

There might be a case for doing something with the closed encrypted network, Blackberry Messenger but ministers should act with great care over public sites.