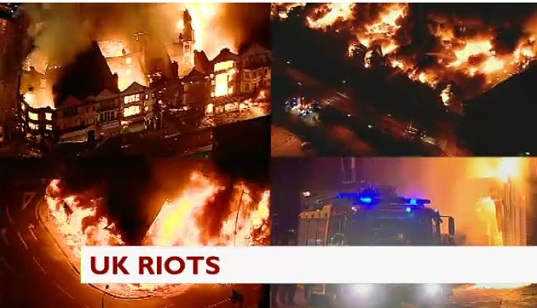 Will there be a price to pay?

The big global story over the past couple of days has been what’s happening in London and now other major cities. The media is driven by pictures and there’ve been enough dramatic material to feed the desire of editors to make their output look dramatic and interesting.

But is this going to have a price? Could it mean that, say, overseas firms in the city decide that they shouldn’t maintain their London presences at the same level?

What’s it going to do the the Olympics on which ministers have gambled billions of taxpayers’ money? Could the riots have made London a less attractive place to visit.

Some of this could be contained if the troubles start to decline from tonight – but there’s the danger that massive damage could be done.