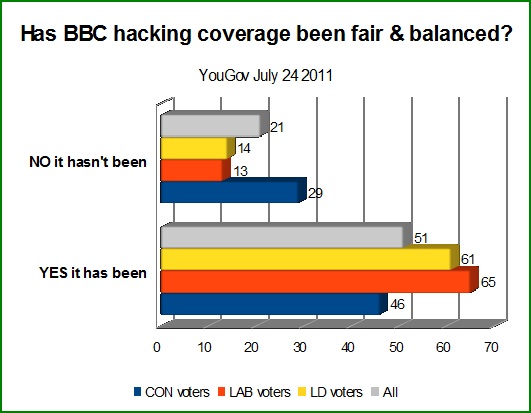 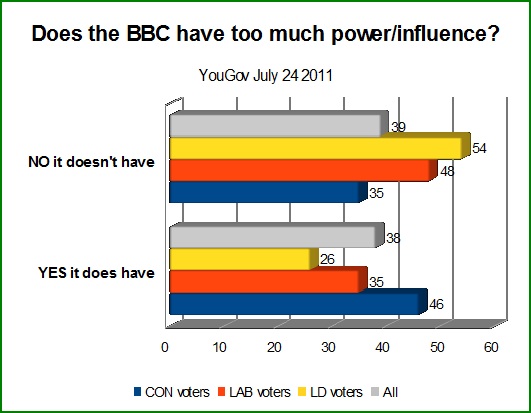 But have its detractors failed to get their case over?

There’ve been lots of rumblings during the past three weeks about the size and the dominating impact impact of the BBC and, indeed, the corporation is going to be looked at as part of the post-hacking inquiries.

But is there public support for its wings being clipped?

One repeated complaint has been its coverage of the hacking scandal itself with many arguing that because its own interests its coverage is not what it should be.

Well today’s YouGov poll suggests that there isn’t a lot of public support for that view. Even Tory voters divide by by 51 to 29 in favour of the state broadcaster.

To another question about where the BBC has too much power and influence the sample was split 38-39 in favour of the Beeb. There was quite a difference between supporters of the different parties with Tories being much more opposed.

So if the government wants to curb the corporation it has long way to go in winning public opinion.