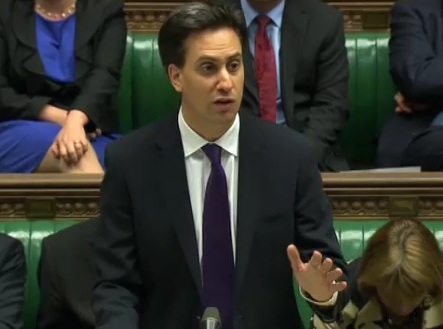 In many ways this crisis has been the making of Ed Miliband. 16 days ago ago he was seriously wobbling. Since then the Labour Leader has bet big in taking on the Murdoch press and against the odds appears to have won. A judge-led enquiry, the BSkyB bid withdrawn, Rebekah Brooks gone and Rupert Murdoch beginning to apologise. Many Labour MPs simply are struggling to believe the recent turn of events and the transformation of their leader. Many of his internal critics are now looking at Ed in a new light.

A fascinating piece from Andy Grice shows how hands-on Ed Miliband has been at key points in time. Grice rightly concludes that on this issue ‘Ed Miliband has barely put a foot wrong’. Judgement is one thing. The character to follow through is another. As Medhi Hassan and James McIntyre’s excellent biography of the Labour leader shows, he is far from afraid to be ruthless on occasions. David Miliband and Nick Brown were the early surprise victims for this. But to stand up to a global media mogul who has induced two decades of fear in Labour ranks is something else.

A number of ‘Blairite MPs’ are now reflecting that only Ed Miliband could have led such a charge for Labour. Some have recall how David Miliband heavily courted Rebekah Brooks in 2008 to muster support his failed â€˜banana coupâ€™ against Gordon Brown and would have been compromised in these recent events.

His leadership bid when it came received supportive coverage from a number of Murdoch titles. Broader than that, other senior party figures readily accept how much New Labour occupied Rupert Murdochâ€™s back passage for a decade and cannot remove themselves from blame. That is why Ed Miliband’s stance has been so dramatic and significant. The Labour leader, whose successful election effectively killed ‘New Labour’, has been able to make the most of the opportunity. He has drawn another line in the sand between him and his predecessors while gaining public support for doing so. Gordon Brown’s speech in the Commons on Wednesday was passionate but incredibly uncomfortable to watch. It only served to remind how Labour’s new leader represents a different generation with a very different style and a more measured yet somehow bolder approach to politics.

Tactically it has been great for Labour. Labour MPs Tom Watson and Chris Bryant have overhauled their past reputations and are now mobbed by Labour activists wherever they go. It’s a strange sight to behold. More importantly in the last two weeks Ed Miliband has also reached into the country on a topic of national importance and then forced the Conservatives into responding to his agenda with support at key times from the Lib Dems.

That is no mean feat. Itâ€™s important not to overstate it, but at times David Cameron has appeared to be genuinely on the ropes. However the Prime Ministerâ€™s statement on Wednesday was a classy performance given the circumstances. He had initially stopped the shift of momentum away from him. However the disclosure about his continued contact with Andy Coulson casts his recent absences from the Commons in a new light.

Ed has raised expectations among supporters but with that come risks. Now he must take on the Conservatives with similar vigour on core issues such as the economy, living standards and public services to make a real and sustained electoral impact. He should continue to keep external (and internal) opponents second-guessing his next move. Journalists seem to have revelled in the opportunity to kick David Cameron for the first time since his election. Could they develop a taste for it? Perhaps.

Who knows where the enquiries will lead and what will be uncovered with regards to Coulson and Cameron. No-one knows what revenge the Murdoch press will inflict and on whom.