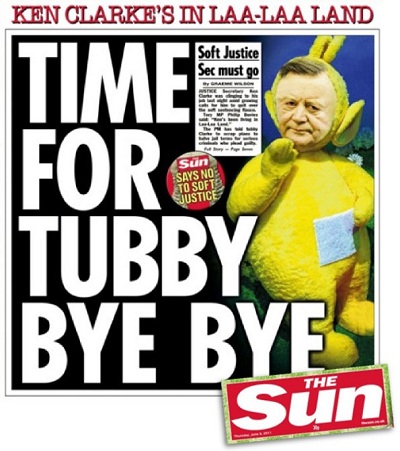 Could Ken Clarke be an early beneficiary?

With the Murdoch empire now tied up with inquiries on both sides of the Atlantic it is hard to see how what has been a huge influence in UK politics continuing to have the same potency.

To take one example just look at what’s happened to the justice secretary, Ken Clarke, in the last couple of months as he’s sought to question and bring change to the penal system. Against the background of a huge campaign against his sentencing plans by the Sun Cameron ordered a U-turn and Clarke had to back-pedal.

For what made the Murdoch papers such a force was the power of their communication and their ability to influence to influence decisions. This often set the agenda for other parts of the media.

We’ve seen it time and time again. If the Sun was in full campaigning mode like on sentencing policy you can bet that 5Live and other radio stations would be running phone-ins and Number 10, irrespective of who was PM, would take notice. It took a brave politician to oppose full frontal onslaughts by the paper.

This even extended to betting. The big driver of Ken Clarke’s price on the “next cabinet exit” markets was undoubtedly the Sun and when front pages like that above appeared punters started placing bets.

My guess is that in the short to medium term ministers will feel more confident about their ability to ignore the paper. Also the Sun is going to find it harder raising issues linked to law and order.