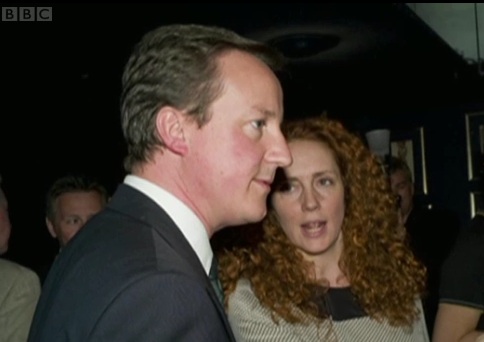 Why was he so slow off the mark?

Now we’ve moved from the the first frenetic stage of the hacking scandal perhaps this might be the moment to reflect on how the main players have handled it and what we’ve seen tells us about their strengths and weaknesses.

I thought Numbertwelve summed Cameron up well in this post that was on the previous thread:-

“….His main failing, in my view, is an inability to prepare or respond to events until after they happen. I believe in some ways, Dave is a little over-confident at times and doesnâ€™t prepare as much as he should. This is probably because the media have been praising his ability to speak without notes and blag (perhaps an unfortunate choice of word, here) things for years. In my view this error manifested itself in the debates at the election, over the health reforms, and now.

In the first debate, Clegg had on hindsight prepared brilliantly. Cameron, I think, turned up, expecting to win against Brown and Clegg by default. He put in a less-than-stellar performance and this of course led to the short-lived Cleggasm…In later debates he had obviously learned the error of his ways and came across much better.

On the NHS, his big problem has been that he simply didnâ€™t seem to realise for a while that trouble was aâ€™brewin. And here, on phone hacking, Iâ€™m sure he thought he could swat it all away last Wednesday, but the story was bigger than he thought and due to lack of preparation he came across poorly at last week’s PMQs and when questioned afterward. When heâ€™d finally had the time to think about the response, it was bang on…”

Cameron is pretty good at finding solutions to get him out of a tight spot. His problem is he often doesnt work quick enough/thinks he doesnâ€™t need to when these problems first surface. That leaves him open to attack as we saw last week. Itâ€™s something he really has to work on…”

To me that’s spot on. He was in command in the commons yesterday but that depended on him totally changing his position of a week earlier. As I predicted right at the start the BSkyB was dead the moment we heard about the deletion of voice mails on the murder victim’s mobile.

There’ll be a subsequent posts about Ed Miliband and Nick Clegg.