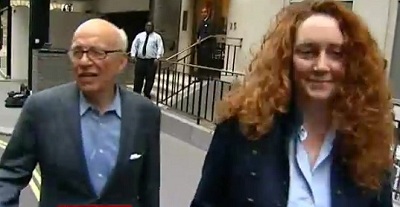 Are we seeing the end of media and political era?

It seems that there are two camps developing following the events of the past days: there those who think that Murdoch will re-group and will soon return to their Â former position of colossal media power and political influence and there are those who believe that we are watching the end of an era.

In many ways this is self-fulfilling. The very fact that some pundits are suggesting that Murdoch’s power is on the wane in itself contributes to that end.

So when we hear that Miliband has been told that his calling for Rebekah Brooks resignation could lead to severeÂ consequences for him then the threat is not as great as it once was.

My sense is that the government has got the message and now the political imperative is to stop Ed Miliband getting any kudos.

The news this morning of the Jeremy Hunt’s letter to OffCom looks like a smart way of kicking the whole BSkyB take-over business into touch and getting round some of the legal issues. If public opinion is anything like the way the polls are suggesting then this, surely, is a wise move.

A problem for News Corporation is that so many issues keep on coming up that’s it’s going to a big strain on management time and resources. This could be made worse if the US authortities decide to mount their own investigation.

So my view is that this post is another QTWTAIN.