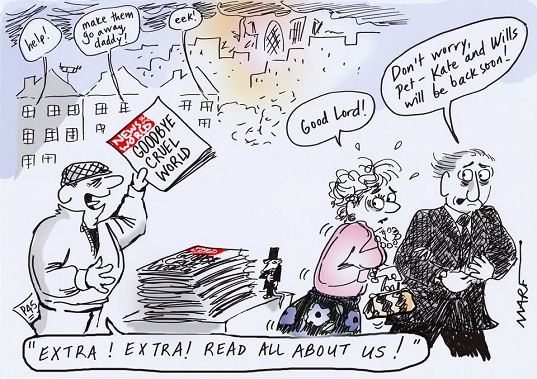 Meanwhile 72% of voters say Murdoch has too much influence?

There is some YouGov polling this morning linked to the hacking scandal though it is not part of the News International commissioned daily poll which appears in the Sun and the Sunday Times.

The questioning started by trying to assess what proportion of those sampled were following the BSkyB take-over. A total of 44% said they were following development with 56% saying not. Amongst other findings:

The planned BSkyB take-over
“In your opinion, to what extent, if at all, do you trust News Corporation to implement the conditions set out to Jeremy Hunt for full purchase of BskyB?”
10% – Total trust
73% – Total do not trust

Although I think YouGov has done a good job drafting the questions I am fairly sceptical about the value of this form of polling.