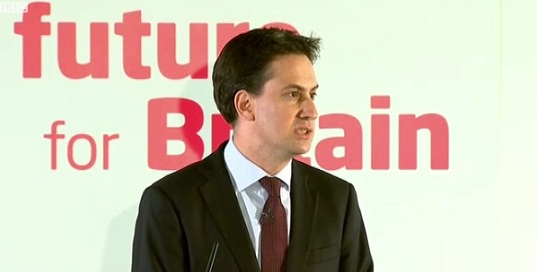 Did he do enough to start to turn things round?

Given the pressure that Ed Miliband has been under these past few days I was impressed by his big speech this afternoon. Not only did we see a step change in his delivery but the content was more substantial and a good answer to those who’ve accused him in the past of being far too vague.

His voice came over as much less nasal which makes his speeches a little easier on the ear. He also looked a touch more relaxed.

I wonder whether we’ll look back on this afternoon and see it is as turning point? He’ll certainly get a boost from the way it’s being reported and that might translate into a more confident performance at the next PMQs.

An interesting aspect, picked up by Peter Hoskin at the Spetator Coffee house blog is that quite a lot of Miliband’s rhetoric was straight out of the George Osborne play-book.

The fact that a Labour leader is saying that “it isn’t right” for” hardworking taxpayers” to support benefit recipients who can work shows how far the Osborne rhetoric is now extending across the political divide.

The only problem, of course, is that Labour is in opposition and the speech will get nothing like the coverage Labour would like simply because today’s big news is the NHS reform report.