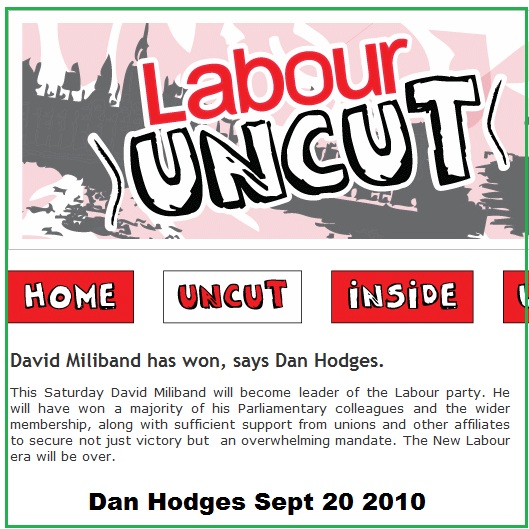 Is the Labour leader really “..as safe as houses..”

If Ed Miliband and his team are concerned this weekend about his position as Labour leader then he should look no further than the latest Dan Hodges observations on his position on Labour Uncut.

"..But Ed Miliband will survive. Protected not by a bodyguard of loyalty, but one of uncertainty. He is not as much a prisoner of his party as Foot. Nor quite as distant from the public as Kinnock. He falls short of replicating Smithâ€™s complacency, or Blairâ€™s over-familiarity. It goes without saying that he is not another Gordon Brown.,Ed Miliband is secure. Not because he is surrounded by allies, but by natural enemies. And the Labour party has struck at the King, and missed, on too many occasions. People are sharpening their knives. But they will not be rash in using them.."

Only problem is that the same Dan Hodges has form in making Labour leadership calls. Just four days before the result was announced in September heannounced , that Ed’s brother, David, had won the the crown and giving the reasons why.

Alas it didn’t quite work out that way.