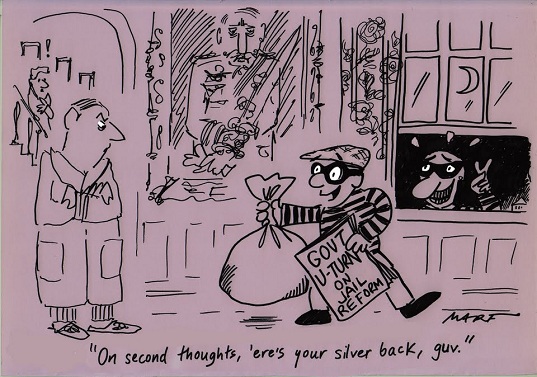 Surely Ed should be nailing the PM on these?

Those who watched the Daily Politics programme ahead of today’s PMQs will have seen the feature and discussion on government policy U-turns. From forests to free milk for children and today the NHS and the planned penal changes the list is getting quite long.

The way this was presented in the programme showed the scale of the case that can be made against the Prime minister. The Tory minister, Grant Shapps, had to endure a difficult few minutes grilling by Andrew Neil.

Not long afterwards viewers saw David Cameron dealing with the same points at PMQs from Ed Milliband with the PM ending the encounter almost completely unscathed.

For Ed the timing of his performance could not have been worse. The undercurrent of concern about his leadership, which so far has been kept largely under wraps, is now coming out into the open.

If Ed couldn’t land one on Cameron today with all the ammunition at his disposal then what does that say about the future?

I feel sorry for Ed. Cameron, when he wants to, can be a formidable opponent and he’s usually at his best when his back is to the wall.

The problem is that all the muttering added to today’s performance can only increase Miliband’s confidence problem. Has he got the inner reserves to come back at future PMQs and get into the game?