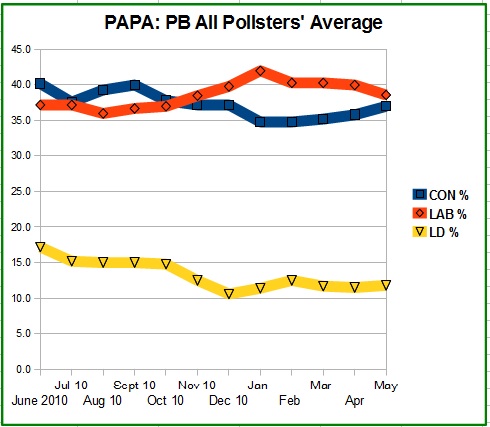 The latest PAPA, the Politicalbetting All Pollsters’ Average has Labour with its smallest lead over the Tories since November 2010 and if the trend shown in the chart continues we could be heading another cross-over.

Even the latest YouGov – which has had Miliband’s party in the 40s in every single poll in 2011, has the gap down to just two points.

Certainly the Tories appear to be getting a polling boost from last week’s elections – the question now is whether the trend can be sustained.

The Lib Dems are above their bottom point but still in a pretty poor position.