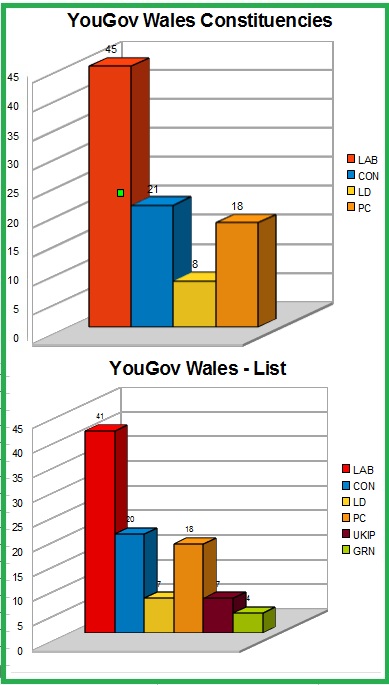 There’s a new YouGov poll on Thursday Welsh Assembly elections and the shares suggest that it will be touch and go as to whether Labour secures an overall majority.

These are the detailed shares:-

The seat calculators suggest this would give Labour exactly half of the 60 seats.

Hopefully there will be a final poll on Wednesday.