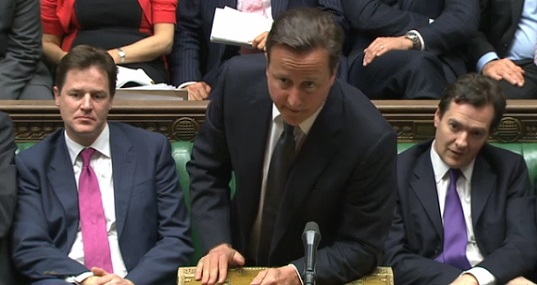 The first viewer reaction on the Daily Politics to PMQs was from someone who was concerned about Cameron’s “calm down dear” comment to a female Labour front bencher.

John Rentoul thought the comment would go down well outside the house. I’m not so sure particularly because it has a sexist ring to it. Would he have said the same to Ed Balls?

A big challenge for Dave is that his manner can be portrayed as bullying and I think I he’s got to tome this down just a touch.

The BBC viewer reported above said she was changing her AV vote to YES because of it.