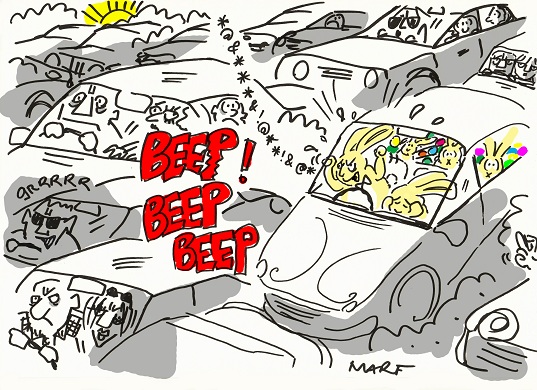 And Easter greetings from Marf

Mayâ€™s elections are important. Not only will they decide who controls millions of pounds, they will set the tone of politics and party morale for the year ahead. They are the first real indication of how votes stack up in the Coalition era. And outside the English cities, they will establish the activist base on which the parties will fight the next general election.

The elections are most important for Labour. Out of office, the party needs a morale boost. To win power again, it has to start winning councillors where it used to have MPs. And it has to learn how to defeat the coalition. Here are five targets for Labour this May.

Labourâ€™s first target is to reverse its 16 year declining vote. In 1995 Labour won nearly 50% of the vote and almost 6,000 council seats. Twelve years later, the party was down to 27% and only 1877 councillors remained. Whilst 1995 was exceptional, the downward trend has been relentless. Reversing it should be straightforward, but that does not mean it isnâ€™t a significant milestone. You can argue the toss about how far Labour will recover. But whether you draw the line at one gain or one thousand, the vital point for Labour is to rediscover the winning habit.

The second target for Labour is to win councillors where there once was a Labour MP. Throughout the country there are ex Labour seats with sparse Labour council representation. One of the prerequisites for a Labour victory is a renewed activist base. If Labour gain seats in places like Peterborough, Bedford, Crawley and Carlisle, Labour could be on the way back.

Labourâ€™s third target is to restore its overall vote in England. Ten years ago, Labour was Englandâ€™s biggest party. In 2005 it won the most seats, but came second in votes. Last year, the party came close to coming third. Excluding London, the margin over the Lib Dems was only around 500,000 votes. Whilst the Tories look secure in the top spot for now, Labour must rebuff the Lib Dem advance and get much closer to the Tories. To win Labour must connect with English skilled working class (C2) and middle class (C1) voters.

The fourth target for Labour is to secure its position in Scotland and Wales. If the polls are correct, Labour will win in Wales, but could be disappointed in Scotland. A Scottish defeat would certainly be a blow for morale. But if Labour can minimise the SNPâ€™s victory, defeat might carry a silver lining. The next national and UK elections are expected to coincide in 2015. Looking ahead to how that campaign might work, Labour might find it easier to win power from a strong opposition platform. Whatever happens, Labour needs a solid performance.

Labourâ€™s final target is to acquire the knowledge and the tactics that can defeat a Coalition. One of the interesting features of local elections is the diversity and innovation in campaigning. Every party will score surprise victories and defeats. In the Coalition era, where tactical voting patterns no longer apply, it could be chaos out there. It is vital for Labour to analyse the results and identify a winning approach.

Jonathan is a Labour activist from West Sussex who contributed a weekly column. Marf is PB’s regular cartoonist – more of her work can be found at LondonSketchbook.com