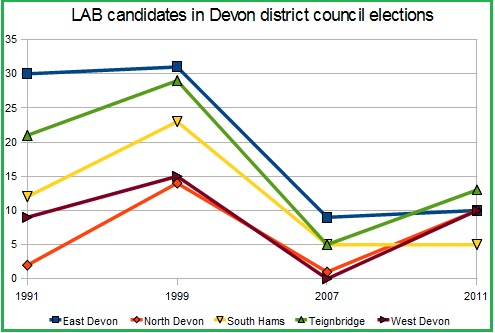 On Monday PB featured the first part part of the above chart showing the change in the numbers of Labour candidates fielded at local elections going back to 1991.

Harriet Harman was saying last month that she was hoping that the total they’d have standing would be a thirty year high.

I’ve not yet seen an overall computation but returning to Devon we see there has been in an increase in all the councils – but the party is still some way short of the totals it had in 1999.

By comparison this chart shows the Labour totals this May with the number of candidates being fielded by the Lib Dems in the same councils. 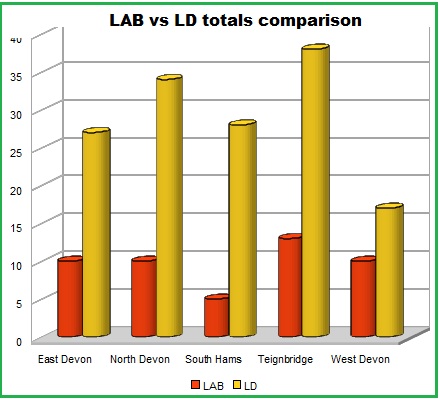