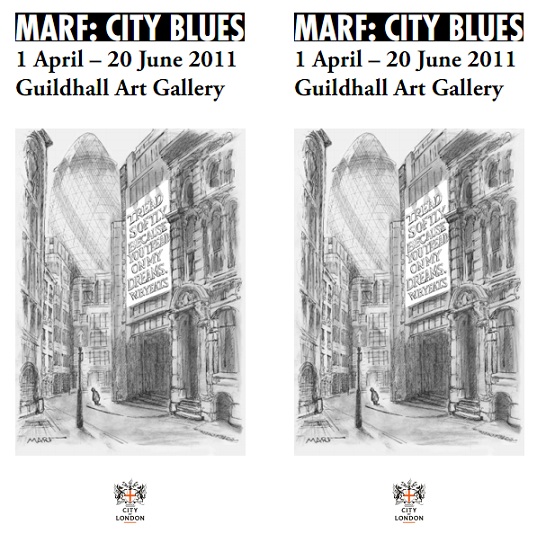 PB’s occasional cartoonist, Marf, has an exhibition opening at the Guildhall Gallery in the City of London today. Amongst the works included are many that first appeared on this site.

As has already been announced there will be a special gathering on Monday April 18th from 4pm at the gallery. That’s the day of the next PB party at the Dirty Dicks public house opposite Liverpool Street station.

I’m travelling today and am not following the news or the threads.