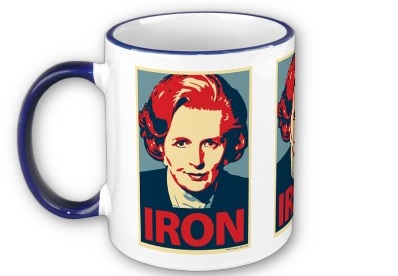 When are all sides going to move on from Maggie?

Ed Miliband had a difficult hand to play on Saturday. The thrust of most of the hundreds of thousands who joined the TUC protest was that all cuts were wrong and should be opposed.

As Andrew Ranwsley observed in the Observer this is “..not a position the Labour leader can afford to be associated with and not the position he has taken. He tried to finesse his dilemma by addressing the rally in Hyde Park, but not joining the march. His speech to the rally framed the government as a return to Thatcherism. This may be appealing to the nostalgic, but I’m not sure it is wise for the Labour leader crudely to brand the coalition as identical to the Tory governments of the 1980s and 1990s, a regular refrain in his speeches. For one thing, Labour leaders using similar rhetoric against Margaret Thatcher were crushed by her three times before going down to a fourth defeat at the hands of John Major….”

The same goes for many on the right as well. Mrs Thatcher showed how you can be resolute pursuing right-wing policies and still win elections outright – something, as we are regularly reminded, that the current blue standard-bearer, David Cameron, failed to do.

The Lib Dems are part of this too – and you’ll regularly hear coalition supporters arguing that preventing the Tories from returning to their “base Thatcherite instincts” is a key reason for being in the partnership.

No doubt PC and SNP will have their own Thatcher-linked rhetoric for use during the devolved parliament election campaigns.

It’s worth reminding ourselves that Mrs. Thatcher was a long time ago. When she became Tory leader Edward Miliband was just five years old.

At some stage we’ll all move on – but there’s still a lot of mileage in Thatcher. It’s just too easy for politicians of all persuasions to invoke the Baroness when the need arises.