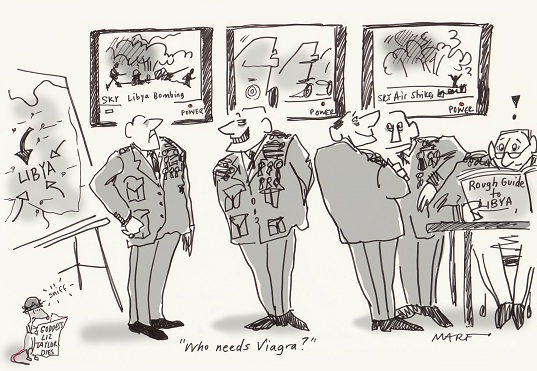 The big polling news tonight should be the March ICM survey for the Guardian which was pushed back from its normal slot so as to get reaction to the budget.

The details will be published here when they are available – in the meantime here’s Marf’s take on the Libya bombing campaign.

UPDATE: Tories back in the lead with ICM

The March ICM poll for the Guardian is out at last and shows quite a different picture from that which we see from the other firms.

A big reason why the firm is different is that it has a mechanism for dealing with the quite large number of respondents who say they will be voting but won’t indicate what their choice is. ICM allocates half of what those in this category according to what they said they did at the last election.

It was this adjustment that helped the firm come right at the top of the polling accuracy table last May.

On the cuts the poll found that the public are generally supportive. Only 35% think the plans go too far â€“ down 10% since November.

A total of 28% think the government has got the right balance with 29% saying the cuts are not severe enough. I make that 57 – 35 backing for the cuts programme.

This is broadly in line with similar finding from YouGov.