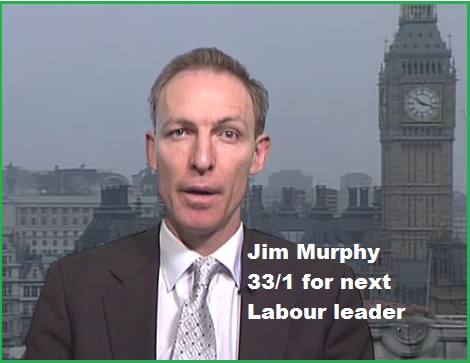 Could he be the safe pair of hands to replace EdM?

After a winning bet at 33/1 that Ed Miliband would replace Gordon Brown I’ve placed a wager at the same same price this afternoon at Ladbrokes that Jim Murphy will be the next Labour leader.

To me he is becoming the most impressive member of Labour’s front-bench team and his speech to Progress today is being well received on the LabourList website.

His vision for the party combined with a quiet but still forceful style and an ability to think on his feet could make Murphy the ideal replacement for EdM if there was to be a change before the election.

During the summer’s prolonged leadership contest none of the contenders came up with anything like as thoughtful as Murphy’s speech today. He’s an attractive non-tribalist who could have a lot of appeal.

I think Cameron would find him a much more difficult proposition than Ed Miliband and you could see Murphy coming over well in the TV debates.