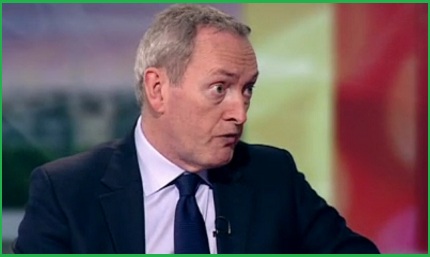 How far should ex-ministers go in helping the coalition?

With the big domestic political story being the publication of the public sector pensions review there are calls by left of centre bloggers that the man who carried out the study, ex-cabinet minster John Hutton, to be expelled from the Labour party.

On the Liberal Conspiracy site Owen Jones links Hutton’s cooperation to that of his fellow ex-minster Alan Milburn:-

“..both Hutton and Milburn were appointed not for their expertise, but as political figleafs â€“ and it is pointless to suggest otherwise. They are helping to confer legitimacy on a government that failed to win it at the ballot box. The Tories won just 36% of the popular vote last May, but are now ruthlessly implementing a hard right agenda. â€˜Ah,â€™ they can say, â€˜we are a moderate government drawing on talents from right across the political spectrum…

..They are using their status as leading members of the Labour Party to provide political cover for Tory policies that will devastate communities across the country. If that is not â€œbringing the party into disreputeâ€ â€“ an expellable offence â€“ then I donâ€™t know what is”.

Jones, of course, is right in questioning the motive of the government in bringing in Hutton and Milburn. Having Labour ex-ministers saying tough things does make it easier for the coalition. But the approach is no different from that adopted by Gordon Brown in June 2007 with his GOATS (government of all the talents) strategy.

The cost of public sector pensions, and I write as a recipient, are a major and growing challenge for a government of any political colour. Action should have been taken years ago as the demographics pointed to us all living longer and the burden getting greater.

This was always going to be a tough issue for the incoming government to tackle and who could blame ministers for seeking to bring in Labour figures to help with the argument?

Should Labour expel Hutton? It would send out very bad messages about the party’s view of public spending and open up a whole new area in the blame game.