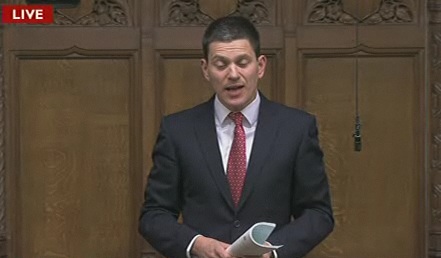 Does he still hanker after the leadership?

One of the slightly odd features of this afternoon’s Cameron statement on Libya was that not so long after Ed Miliband gave his response his brother, the former foreign secretary, was called.

The elder brother made a very statesman-like contribution from the unfamiliar position of the back benches and for a moment I thought he was going to upstage Ed. He didn’t and kept his point brief.

But what is going to happen to DavidM? There have been all sort of suggestions since that Saturday afternoon at the end of September when he was just pipped for the leadership by his brother in the final round of voting. This has also been an area where there’ve been betting markets.

The last we heard was that he’d declined shadow chancellor slot thus underlining the fact that Ed Balls was EdM’s third choice for this key role.

I just wonder whether DavidM heart is still on the leadership and he’s biding his time. Whether he’d get it or not, given Labour’s electoral system, is hard to say.