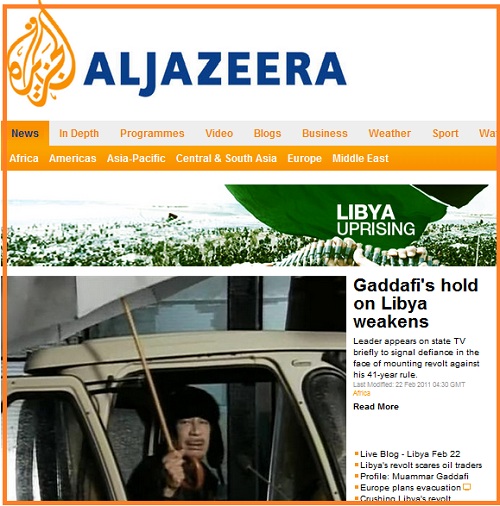 What’s the significance for Britain, Europe and the World?

After a 22 second appearance on TV last night it seems that Gaddafi’s grip on his country could be coming to an end. Libyan ambassadors in many countries have already dissociated themselves from the Tripoli regime while a number of Libyan air force pilots have flown their planes to other countries.

There comes a moment at times like this when a regime’s authority collapses and that seems to be happening at the moment.

For Britain, no doubt, we’ll see lots of replays of that visit by Tony Blair to Gaddafi with further reminders of the day in St. James’s Square in London when a London police-woman was killed by gun-shots fired from inside the Libyan embassy.

There has been betting on whether Gaddafi will survive but these are markets that are put up by bookmakers more for their publicity value than to take serious money.